The content of the slides turned out well. I learned a lot about how to improve the way the workshop was facilitated – it was my first one after all. The biggest challenge is that the idea of designing for participation is not a blank slate. It requires implementation in peoples’ workflows where they have already established their way of doing things. So the workshop needed much more focus on what resistors people have and what the challenges are rather than what this idea of designing for participation is and why that idea is important. Additionally, people needed to leave the workshop with very clear action items – clearer than clear. We had many dialogues throughout the workshop that, as the facilitator, I let carry on because very early I realized that this workshop was going to be a way to figure out how to make the next ones better and less about actually teaching the material.

For the first time with a workshop like this, I made a survey using NPS to do some data gathering from the attendees. This will serve as a benchmark for future workshops. Feedback varied greatly and was not all positive, which was expected. I changed a lot and added different elements to the workshop as a test (and benchmark). Below is a link to the slides 🙂 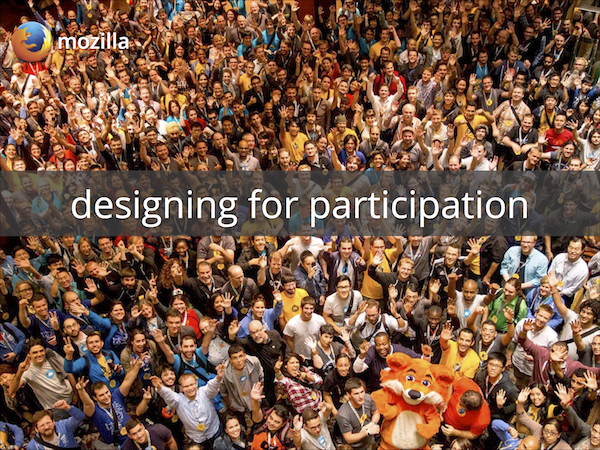